" Deise Mikhail and Marti di Stefano are distinguished by their musical projects combining electronic and indie-rock in recent years. As with the Red Fish "4 Seasons 4 Loves" continues to be compiled and distributed all over Europe. One step, their last joint adventure to date, takes advantage of these experiences while reconnecting with writing pop and new wave. Carried by the crystalline guitars, keyboards and strings, for the more traditional, the hammer of Detroit, twisted guitars and percussion dull for the most daring, the songs on "Human Shape" inhabited by the voice of Di Stefano testify a stylistic versatility. Hoarse, seraphic or heroic, Di Stefano evokes both the arrogance leather Suzi Quatro, the scathing Gothicism Siouxsie Sioux, the flames cold face. Hovering or oozing, capable of reconciling lovers Bowie, Led Zep, Sly Stone and Massive Attack, this disc could have been recorded in Berlin or New York years ago. Or almost. For, in ambient lamenti swingbeat crossed strident acids, fetish video splash dub, Deise Mikhail Marti Di Stefano and the contours of an underground club where Radiohead and sophisticated play with the music box of Nina Hagen and Brian Eno give a lecture on time and hit the suspended time. Before being interrupted by the sound of a train coming from distance, or a UFO landing on a break-beat incredibly flexible." 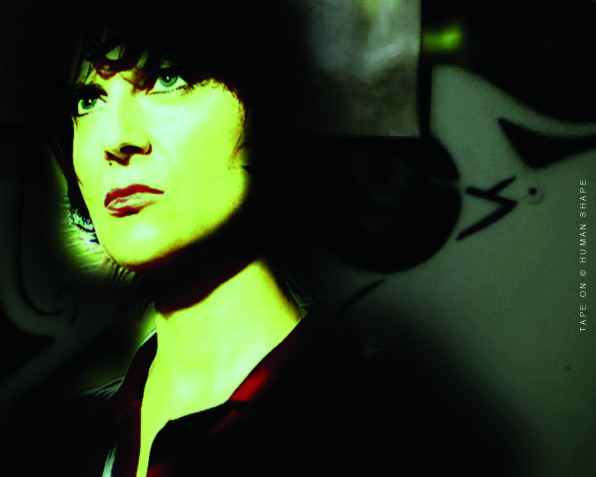 Human shape : an album nipped in the bud

Like many record labels in the 2000s, M10, which distributed the album "Human shape", closed due to bankruptcy and has compromised the success promised to tape On's album. 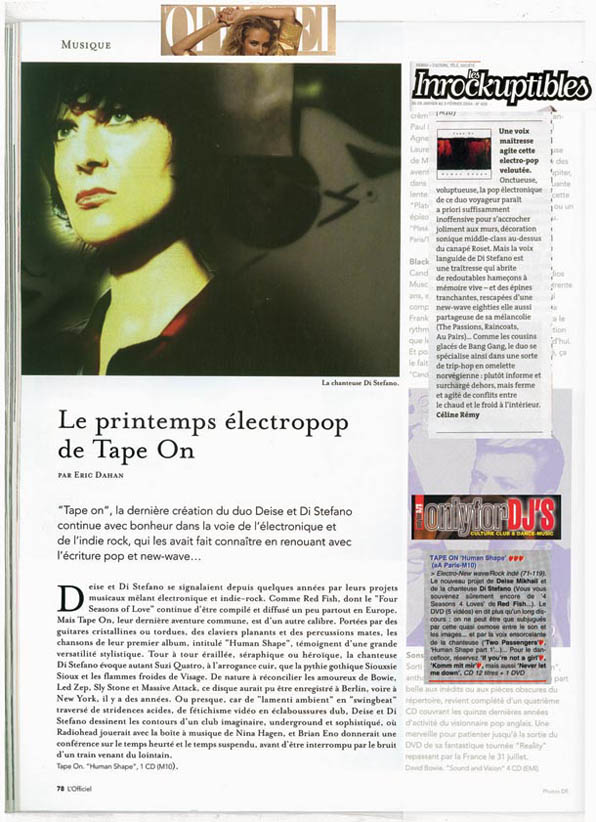 "Human shape" has had good reviews in the press album.